From Heraldry of the World
Your site history : Queen Mary College (London University)
Jump to navigation Jump to search 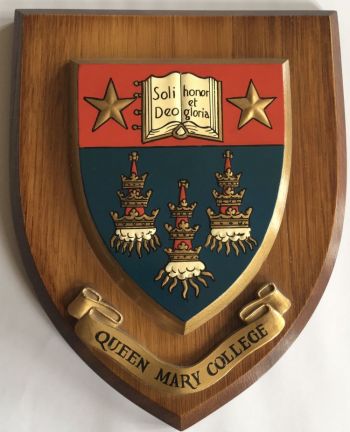 The arms were officially granted on March 7, 1921 to the East London College (later Queen Mary College).

The lower part s derived from the arms of the Worshipful Company of Drapers, as the Company provided part of the housing of the new college in 1934, and has provided scholarships to students of the college. We have no information on the meaning or origin of these arms.

If you have any information on these arms Mary College (London University) mail us !