From Heraldry of the World
Your site history : Rüger Heraldik
Jump to navigation Jump to search 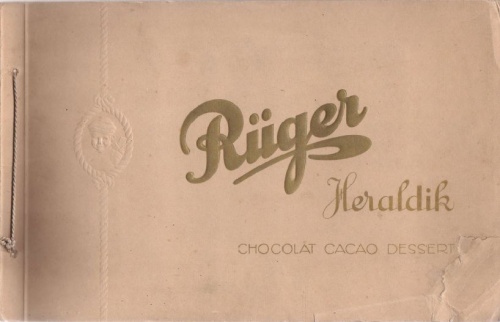 Two albums were issued by this company. They are bilingual, in Czech and German. The albums shows the arms of countries and regions in the world, and the images are nearly identical to those issued by Abdulla, but with the addition of the Czech legend. The second album starts with nr 7, the first album of the company, which has the same basic lay-out, except the advertisment, also has a page with Czechoslovak arms numbered 1-6.

Examples of the same page in the two different albums:

The company also used its wrappers as advertising for the arms (source), but with the text on the cards in French, which were never issued as such: 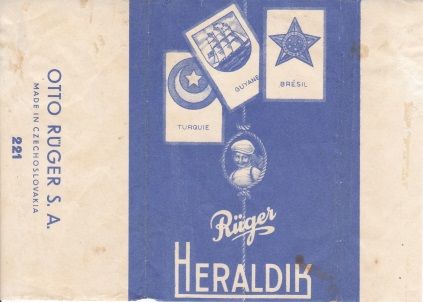