From Heraldry of the World
Your site history : Ranelagh School
Jump to navigation Jump to search 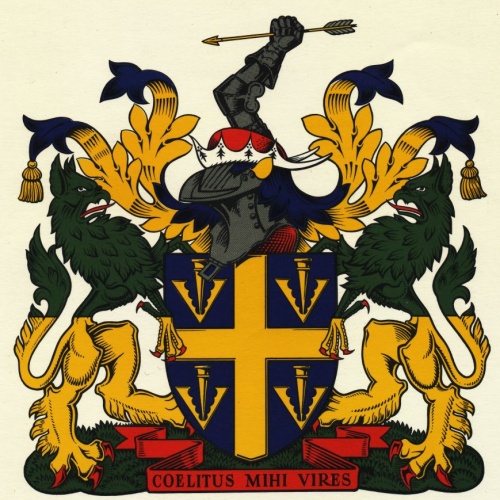 Arms : Azure a cross between four pheons or.
Crest : On a cap of maintenance gules, turned up ermine, a dexter arm embowed in armour; holding an arrow, all proper.
Supporters : Two griffins per fess vert and or.
Motto: COELITUS MIHI VIRES ("My strength is from heaven").

Ranelagh School has no official arms, but displays commemoratively the arms of Richard Jones, 3rd Viscount and lst Earl of Ranelagh, who founded the school in 1709.