From Heraldry of the World
Your site history : Rea Brothers
Jump to navigation Jump to search 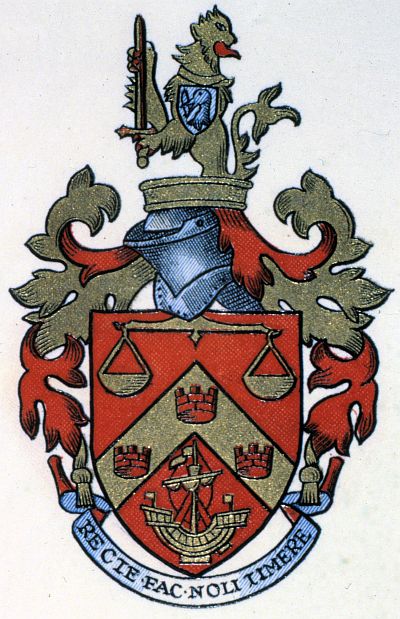 Arms: Gules, on a chevron between in chief a pair of scales and in base a lymphad, sails furled flags flying to the dexter, Or three mural crowns of the field.
Crest: Out of a circlet Or a demi lion reguardant proper, armed gules and gorged with a riband gold, pendant therefrom an escutcheon argent charged with a cormorant's head erased, in the beak ·a sprig of seaweed called laver, proper, and holding in the paws a sword erect gules.
Motto: Recte fac noli timere

If you have any information on these arms Brothers mail us !