From Heraldry of the World
Your site history : Red House School
Jump to navigation Jump to search 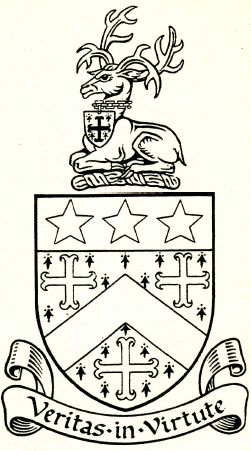 Arms: Ermine a chevron gules between three crosses cercelee sable; on a chief of the second as many mullets argent.
Crest: On a wreath of the colours, A reindeer lodged proper gorged with a chain Or, pendant therefrom an escutcheon ermine charged with a cross cercelee sable.
Motto: Veritas in Virtute.

If you have any information on these arms House School mail us !