From Heraldry of the World
Your site history : Redua
Jump to navigation Jump to search 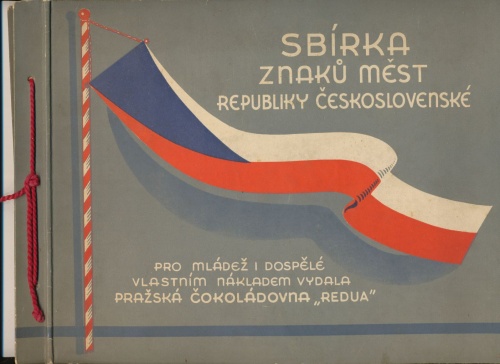 This album is issued in the 1930s and consists of a series of cards that could be collected with chocolate. The Redua chocolate factory was founded by Eduard Reznicek in 1919 and merged with other Prague chocolate factories in about 1949 and than soon closed down. It was a rather small company with around 50 employees in the late 1920s.(information from Martin Mihál).

For each of the regions of the Czechoslovak republic there is a title page, followed by several pages on which the images could be glued. The introduction states that more albums (..) will be issued for each of the regions, but the album already contains all regions. I have no information whether all images have actually been issued. Below an example of an image. 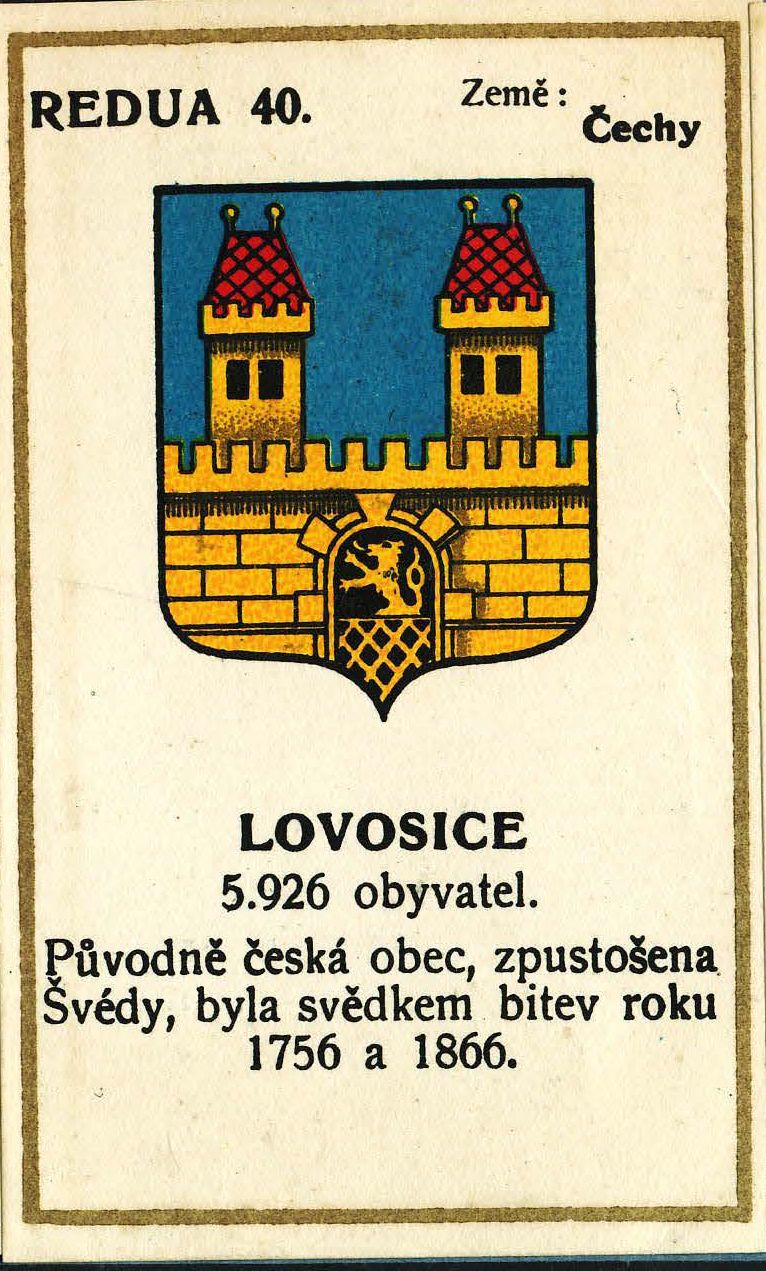 The whole album as pdf