From Heraldry of the World
Your site history : Reliance Marine Insurance Company
Jump to navigation Jump to search 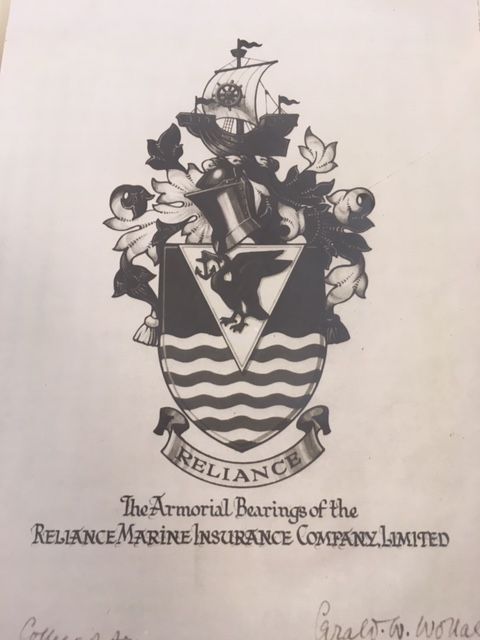 Arms: Per fesse wavy gules and harry wavy often argent and azure, on a pile of the second a cormorant rising proper holding in the beak an anchor of the first.
Crest: On a wreath of the colours, A Lymphad sable, the sail set argent charged with a ship's steering wheel azure.
Motto: Reliance

The arms were officially granted on February 27, 1947.

If you have any information on these arms Marine Insurance Company mail us !