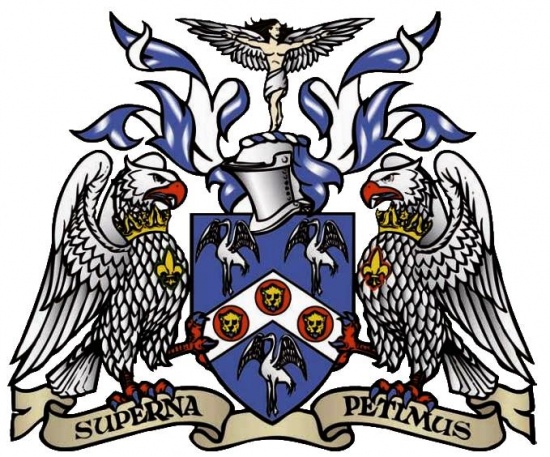 Arms : Azure, on a chevron between three cranes volant argent, as many torteaux, each charged with a lion's face Or.
Crest: On a wreath of the colours, A figure representing Daedalus proper.
Motto: Supema petimus.

If you have any information on these arms Air Force College mail us !