From Heraldry of the World
Your site history : Royal Aircraft Establishment
Jump to navigation Jump to search 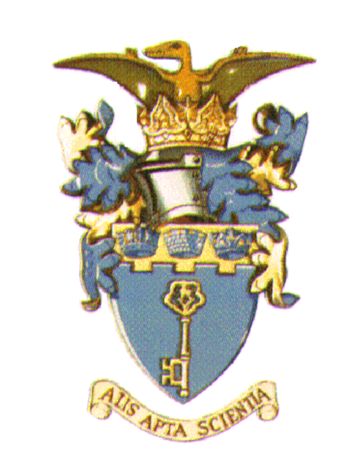 Arms : Azure, a key in pale, wards downwards, Or; on a chief embattled of the last a mural crown between on the dexter a naval crown and on the sinister an astral crown of the first.
Crest: Out of an astral crown Or, a pterodactyl displayed proper.
Motto: Alis apta scientis

If you have any information on these arms Aircraft Establishment mail us !