From Heraldry of the World
Your site history : Royal Australian Institute of Architects
Jump to navigation Jump to search 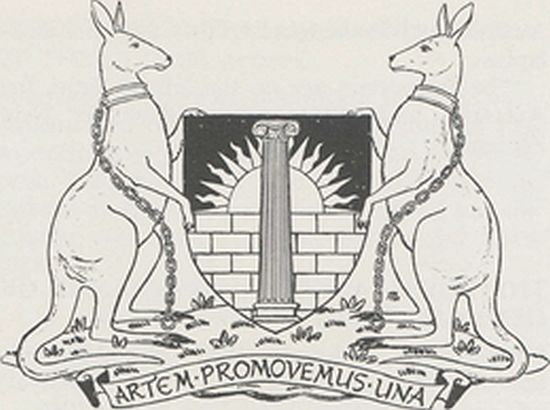 Arms : Per fesse Azure and Or masoned Sable, issuant from the fesse point a rising Sun Gold, overall an Ionic Column Gules.
Supporters : On either side a Kangaroo proper, collared and chained Or.
Motto: Artem Promovemus Una

The arms were officially granted on September 28, 1956.

If you have any information on these arms Australian Institute of Architects mail us !