From Heraldry of the World
(Redirected from Royal College of Psychiatrists) 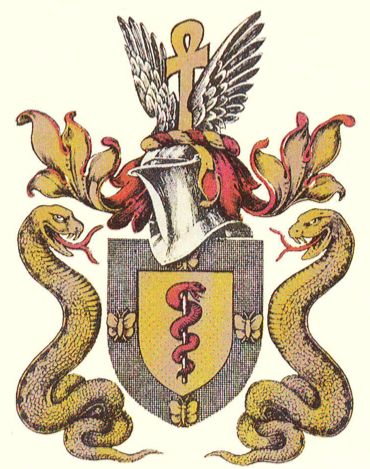 Arms : Or, a staff of Aesculapius gules; a bordure sable charged with four butterflies of the field.
Crest: On a wreath of the colours, A looped cross Or between two wings sable.
Supporters: On either side a serpent Or, langued gules.

If you have any information on these arms Medico Psychological Association mail us !