From Heraldry of the World
Your site history : Royal College of Radiologists
Jump to navigation Jump to search 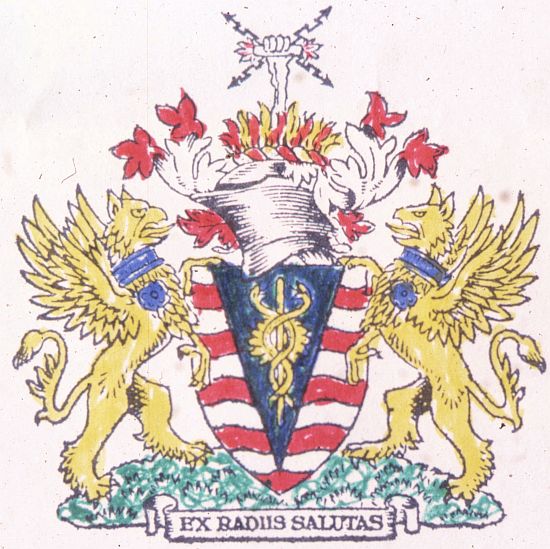 Arms : Barry wavy of ten argent and gules, on a pale azure an X-ray tube Or, irradiated at the centre also Or, and entwined of two serpents gold.
Crest: On a wreath of the colours, Issuant from flames alternately gules and Or a skeletal cubit ann proper, the hand grasping a thunderbolt fessewise also proper.
Supporters: On either side a griffin Or collared azure and charged on the shoulder with a rope also azure.
Motto: Ex radiis salutas

If you have any information on these arms College of Radiologists mail us !