From Heraldry of the World
Your site history : Royal Grammar School Worcester
Jump to navigation Jump to search 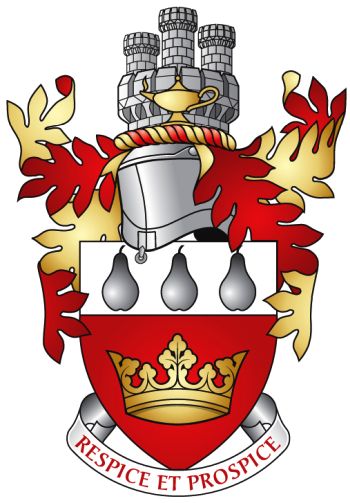 Arms: Gules, an ancient crown Or, on a chief argent three pears sable.
Crest: On a wreath of the colours, In front of the battlements of a castle triple­ towered argent, masoned sable, a Roman lamp Or, inflamed gules.
Motto: Respice et prospice.

If you have any information on these arms Grammar School Worcester mail us !