From Heraldry of the World
Your site history : Royal Institution of Naval Architects
Jump to navigation Jump to search 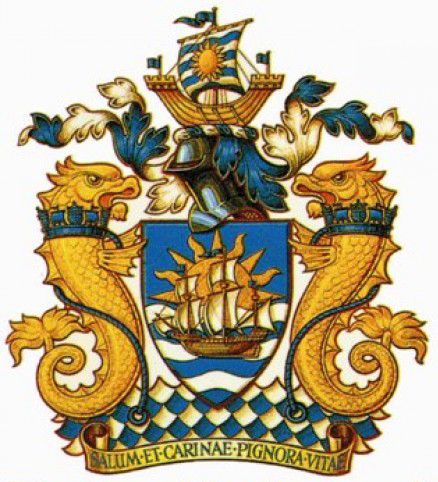 Arms : Per fesse wavy azure and barry wavy of six argent and of the first, issuant from the fesse line a sun in splendour; over all a three-masted ship of the seventeenth century in full sail proper, pennon and flags flying also of the first.
Crest: On a wreath of the colours, A lymphad proper, sail harry wavy of eight argent and azure charged with a sun in splendour Or, pennon and flags flying also azure.
Supporters: On either side a dolphin Or, gorged with a naval crown with a rope pendent therefrom and reflexed over the back azure.
Motto: Salum et carinae pignora vitae.

The arms were officially granted on February 10, 1955.

If you have any information on these arms Institution of Naval Architects mail us !