From Heraldry of the World
Your site history : Royal Marsden Hospital
Jump to navigation Jump to search 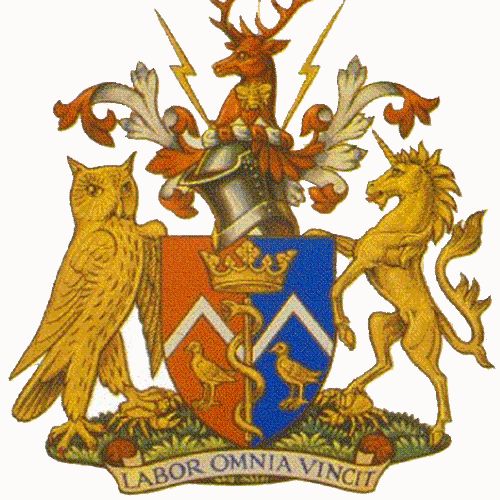 Arms : Per pale gules and azure, a dance argent sur­ mounted by a rod of Aesculapius, ensigned by an ancient crown, between in base two coots Or.
Crest: On a wreath of the colours, Between two rays of lightning Or a stag's head erased gules, thereon a bee volant gold.
Supporters: On the dexter side an owl and on the sinister side an unicorn each resting the interior leg upon a crab Or.
Motto: Labor omnia vincit

The arms were officially granted on February 14, 1963.

If you have any information on these arms Marsden Hospital mail us !