From Heraldry of the World
Your site history : Royal Military College of Science
Jump to navigation Jump to search 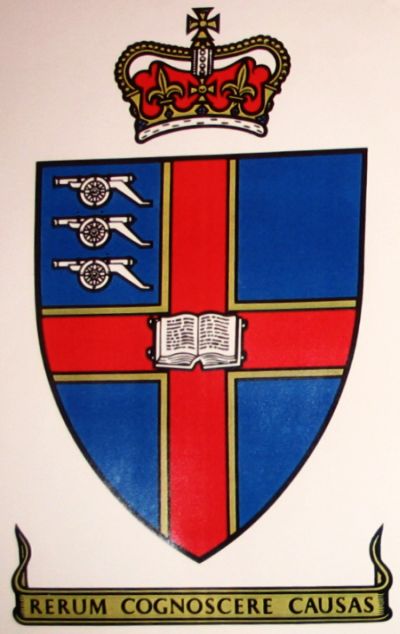 Azure, a cross Or surmounted by another gules, charged with an open book argent; in the first quarter three cannons in pale of the last.

If you have any information on these arms Military College of Science mail us !