From Heraldry of the World
Your site history : Royal Musselburgh Golf Club
Jump to navigation Jump to search 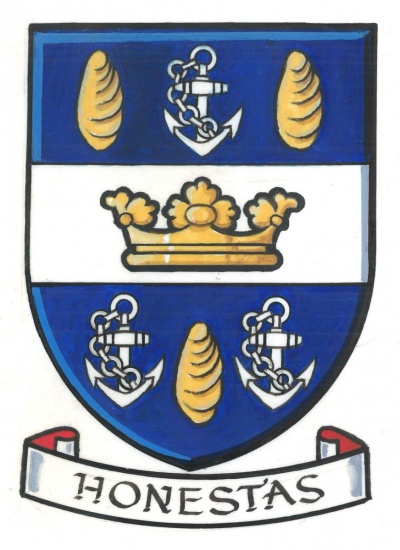 The arms were officially granted on December 28, 2014.

The arms show the arms of Musselburgh (anchors and mussels) with a crown as a Royal symbol. The white bar symbolises the golf course.

The motto, Honestas, is the Latin translation of the motto of Musselburgh, Honesty.