From Heraldry of the World
Your site history : Royal Ordnance plc
Jump to navigation Jump to search 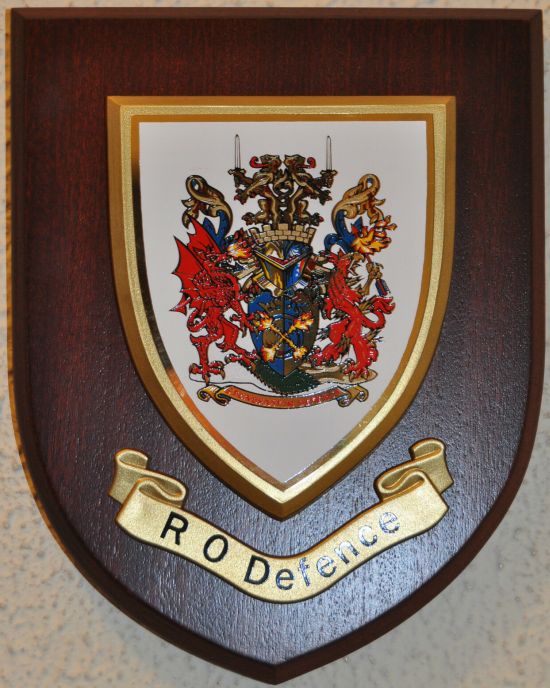 A roundel, fractured in saltire with explosive flames emitting therefrom forms the basic charge, crowned with an ancient Crown to denote 'Royal' Ordnance and one with a long and historic pedigree. Azure and Or have been chosen as basic military colours and counterchanged per pale.

The Crest comprises Lions, for a British company, back to back brandishing swords and rising from a Mural Crown, all Or. All three ideas signifying 'defence', a further concern of Royal Ordnance. The helm depicted is based upon the celebrated Brocas Helm in the Royal Armouries in the White Tower of the Tower of London.

The sinister supporter, a male Griffin, Gules, looks over its shoulder and so is ever on the alert and holds a flaming arrow, symbolic of projectiles of many and varied kinds which are produced by Royal Ordnance. The supporters stand upon a compartment comprising, from left to right, snow, grass and sand, symbolic of the various areas within which the products of the Company are made to function.

The Motto is "Steadfast in Defence"