From Heraldry of the World
Your site history : Royal Over-Seas League
Jump to navigation Jump to search 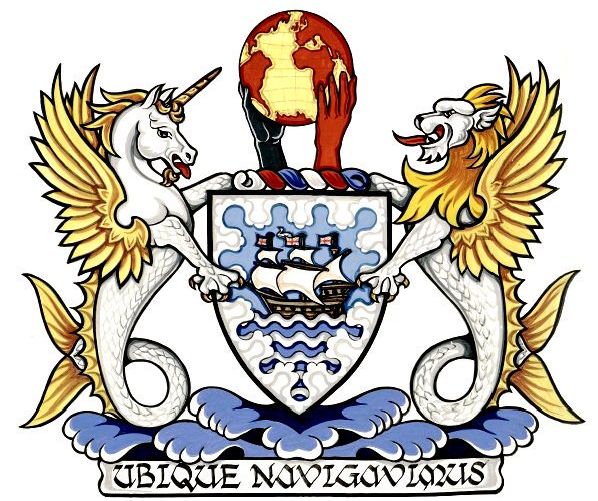 Arms : In a shield a representation of a seascape, thereon an ancient ship in full sail, flying a pennon and flags of St. George, all within a bordure of clouds proper
Crest: On a wreath argent, gules and azure, Two hands, that to the dexter sable, and that to the sinister carnation, supporting a terrestrial globe, the sea Or, the land gules.
Supporters: On the dexter side a winged sea-unicorn argent, armed, crined, finned and the wings Or, and on the sinister side a winged sea-lion also argent, maned, finned and the wings gold.
Motto: Ubique navigamus.

The arms were officially granted on January 7, 1960.

If you have any information on these arms Over-Seas League mail us !