From Heraldry of the World
Your site history : Royal University of Ireland
Jump to navigation Jump to search 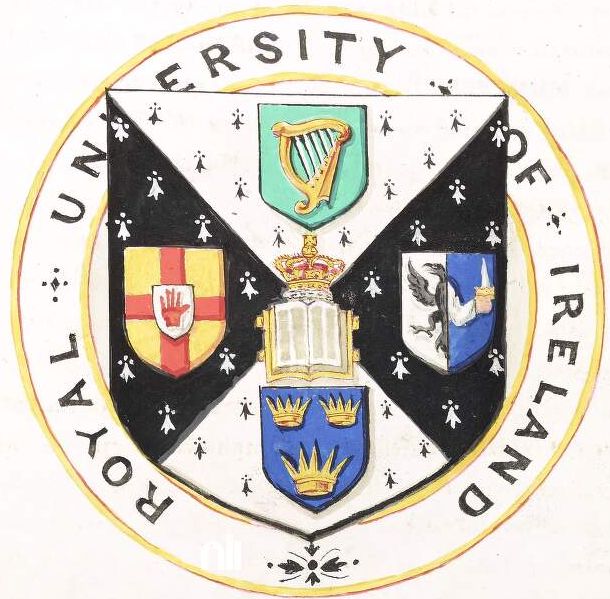 Per saltire ermine and ermines an open book proper, clasped and surmounted by the royal crown, Or, between four escutcheons, two in pale and two in fess, the escutcheons in pale representing respectively the Arms of the Provinces of Leinster and Munster, viz., Leinster - vert an Irish harp, Or, stringed Argent, and Munster - Azure, three antique crowns Or; the escutcheons in fess representing respectively the Arms of the Provinces of Ulster and Connaught, viz., Ulster - Or, a cross gules, on an escutcheon argent a dexter hand couped also gules; and Connaught - Per pale argent and azure, on the dexter a dimidiated eagle displayed sable, and on the sinister conjoined therewith at the shoulder a sinister arms embowed proper sleeved of the first, holding a sword erect also proper.

The arms were officially granted on October 7, 1881.

If you have any information on these arms University of Ireland mail us !