From Heraldry of the World
Your site history : Royal Wolverhampton School
Jump to navigation Jump to search 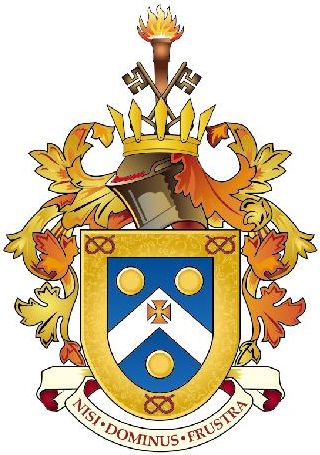 Arms : Azure, on a chevron argent between three bezants, a cross patee gules; all within a bordure Or charged with three Stafford knots gules.
Crest : Issuant from a crown palisado Or, between two keys in saltire, wards upwards and outwards, a torch erect sable, fired proper. Mantled gules, doubled Or.
Motto: Nisi Dominus frustra

If you have any information on these arms Wolverhampton School mail us !