From Heraldry of the World
Your site history : Rugby School
Jump to navigation Jump to search 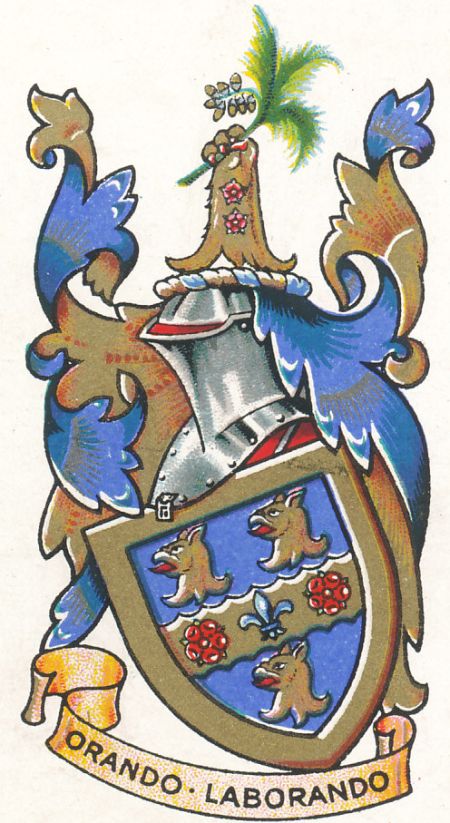 Arms: Azure, on a fesse engrailed between three griffins' heads erased Or, a fleur­ de-lys of the first between two roses gules, barbed and seeded proper; a bordure of the second.
Crest: On a wreath of the colours, A lion's gamb erased Or charged with two roses in pale as in the Arms and holding a branch of dates, the fruit gold in pods argent, the stalks and leaves vert.
Motto: Orando laborando.

The arms were officially granted on March 9, 1932.