From Heraldry of the World
Your site history : Sachsen-Altenburg
Jump to navigation Jump to search 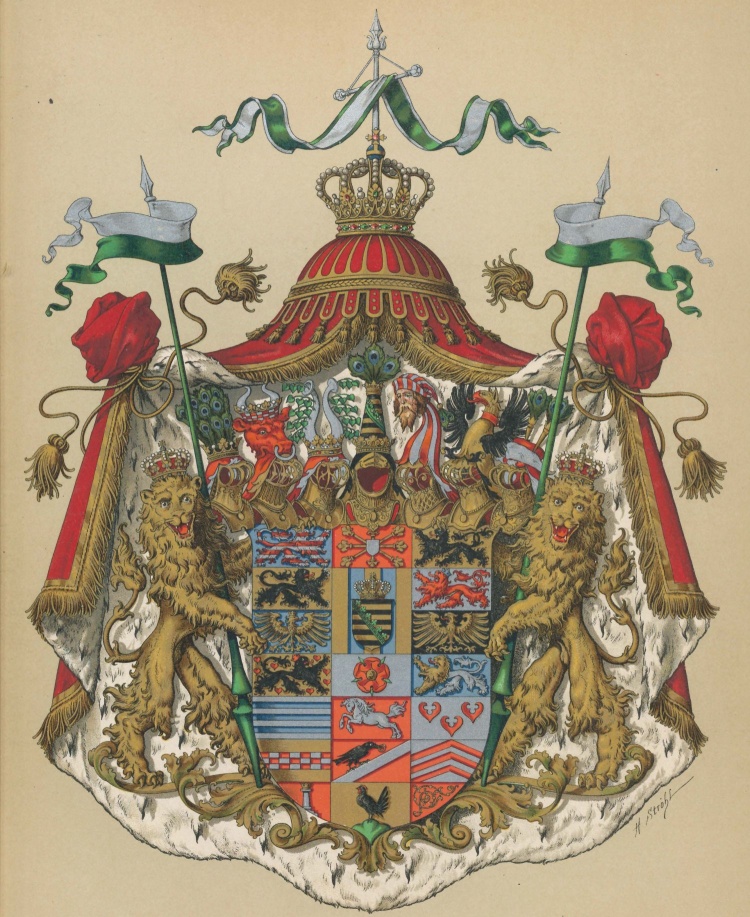 The Duchy used both large arms (shown above) and small arms, shown below: 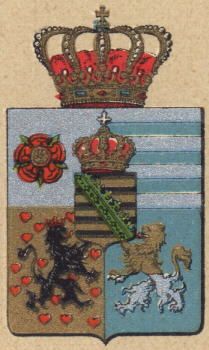 The 21 fields in the large arms include a number of territoeries outside the actual Duchy, but which were claimed by the dukes as part of their history: