From Heraldry of the World
Your site history : Sachsen-Anhalt
Jump to navigation Jump to search 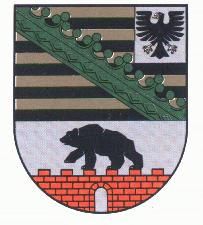 The arms of the present State were officially adopted in 1991.