From Heraldry of the World
Your site history : Sachsen-Coburg-Gotha > Sachsen-Meiningen-Hildburghausen > Sachsen-Weimar-Eisenach
Jump to navigation Jump to search 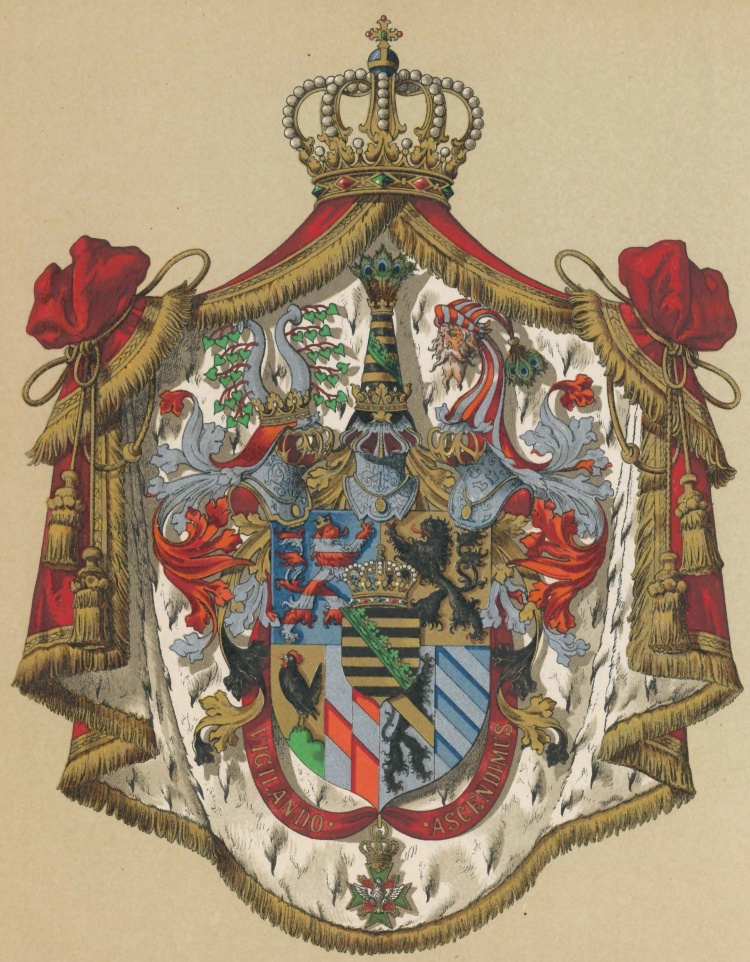 Sachsen-Weimar was a rather small Duchy until 1690, when it was combined with the Duchies Sachsen-Jena and in 1741 with Sachsen-Eisenach. This much larger and powerful Duchy was promoted to Grand-Ducy by the Vienna Congress in 1815. At the same time the new Grand-Duke received a large part of the Duchy of Sachsen for his help against Napoleon. Since 1903 the addition 'Weimar' was removed and the state became the Grand-Duchy of Sachsen (the old Sachsen was now a province of Prussia) until 1920 when it was incorporated in the new State of Thüringen