From Heraldry of the World
Your site history : Sachsen (Kingdom)
Jump to navigation Jump to search 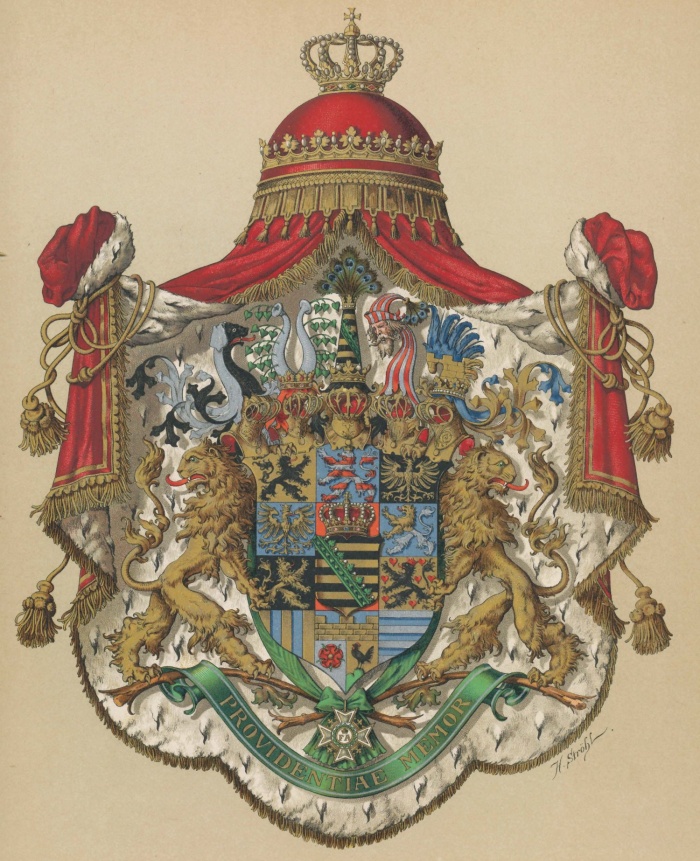 The Kingdom of Sachsen was a Kingdom in the German Empire and existed from 1806-1918. It was succeeded by the Freistaat (Free State) of Sachsen. 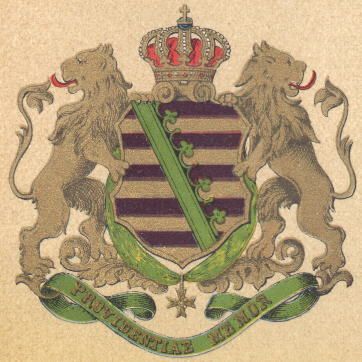 The small arms show the historical arms of Sachsen.

The large arms of the Kingdom (shown on top of the page), or the arms used by the Kings themselves, were very complicated, showing 12 fields and an escutcheon with the historical arms of Sachsen.

The two remaining fields are normally part of the 9th field, but can also be seen separated in a base":

The arms as shown on collector's items: