From Heraldry of the World
Your site history : Sachsen (province)
Jump to navigation Jump to search 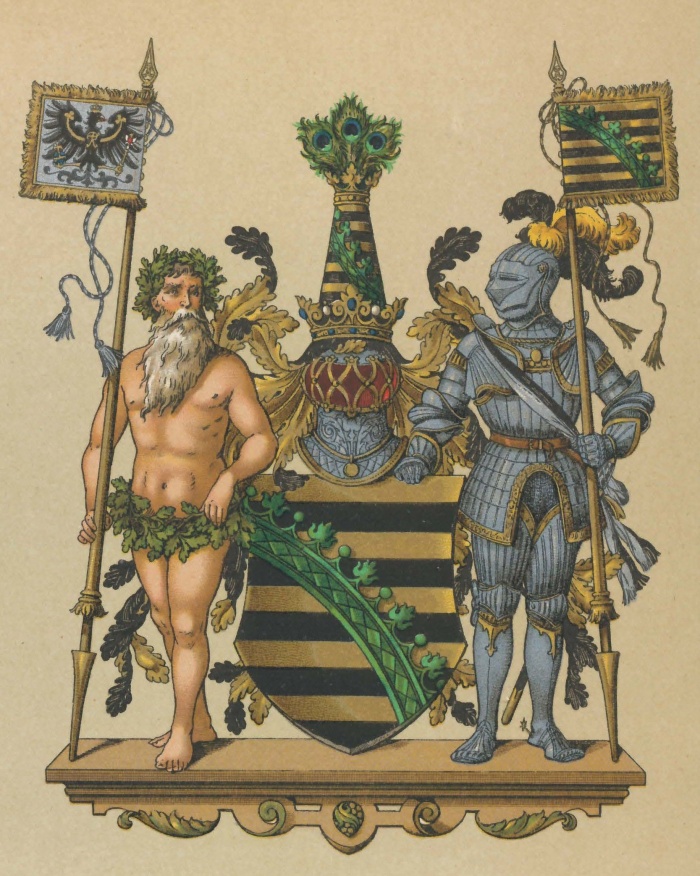 The Province of Sachsen was a province in the Kingdom of Prussia from 1815-1944. It comprised the Northern part of the former historical Sachsen region, the lower part became the Kingdom of Sachsen. Currently it is part of Sachsen-Anhalt.

The Province used two arms, the small arms, shown below, and the large arms, shown above. 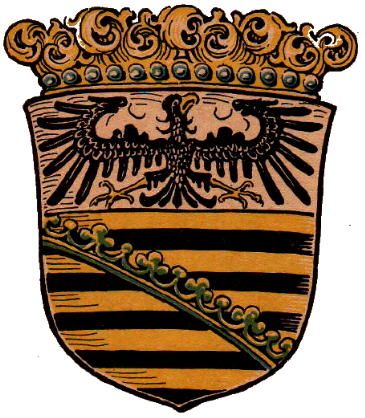 The arms are the historical arms of Sachsen, with the supporters used by all Prussian provinces. In the small arms the supporters are replaced by the Prussian eagle in chief.