From Heraldry of the World
Your site history : Saint Killian's Community School
Jump to navigation Jump to search 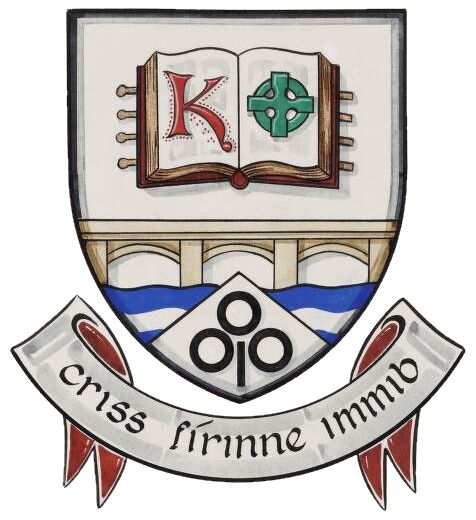 Argent the base barry wavy of six argent and of the first, thereon a bridge of three arches proper, in chief an open book of the last garnished or thereon on the dexter page the letter K gules and on the sinister page a Celtic cross vert, on a point pointed in base also of the first a representation of the binary system sable symbolising computer science. Motto : Criss fírinne immib.

The arms were officially granted on January 5, 1990.

The motto means “a belt of truth (or righteousness) around you”. This sentence of Old Irish is taken from a ninth-century manuscript written by Irish monks in Würzburg Germany, where a partner school is located.

If you have any information on these arms Killian's Community School mail us !