From Heraldry of the World
Your site history : Saint Lawrence College
Jump to navigation Jump to search 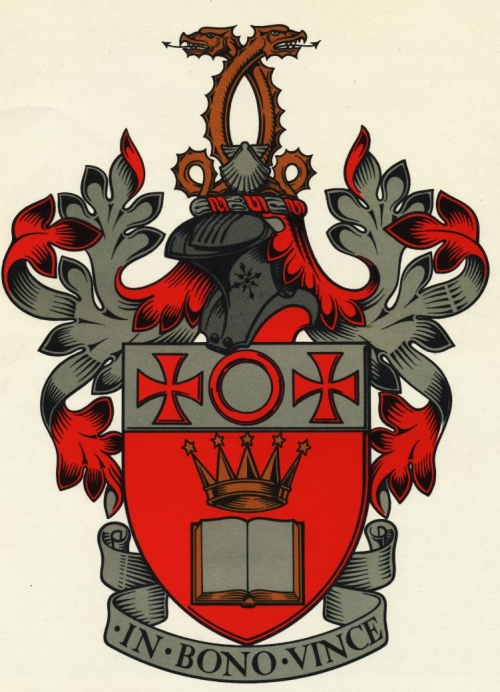 Arms : Gules, an open book argent, edged and surmounted by a Celestial crown or on a chief of the second an annulet between two crosses patée of the first.
Crest : On a wreath of the colours, in front of two amphibanes entwined or, an escallop argent.
Supporters : Two griffins per fess vert and or.
Motto: IN BONO VINCE ("Overcome evil with good").

If this text appears, it means that I have not yet had the time to add the information on these arms. Just Lawrence College mail me and I will add all information that I have !