From Heraldry of the World
Your site history : Salisbury
Jump to navigation Jump to search 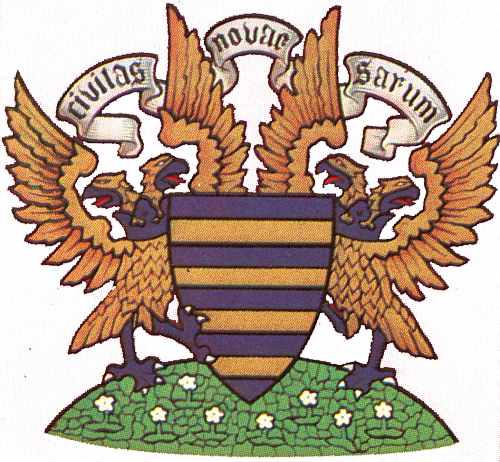 Arms : Azure, four bars Or.
Crest : On either side an eagle displayed with two heads Or, ducally gorged azure.

The shield is one of those very simple early coats which probably carry no meaning, and it is not known why double-headed spread-eagles were adopted as supporters.