From Heraldry of the World
Your site history : Schaumburg-Lippe (State)
Jump to navigation Jump to search 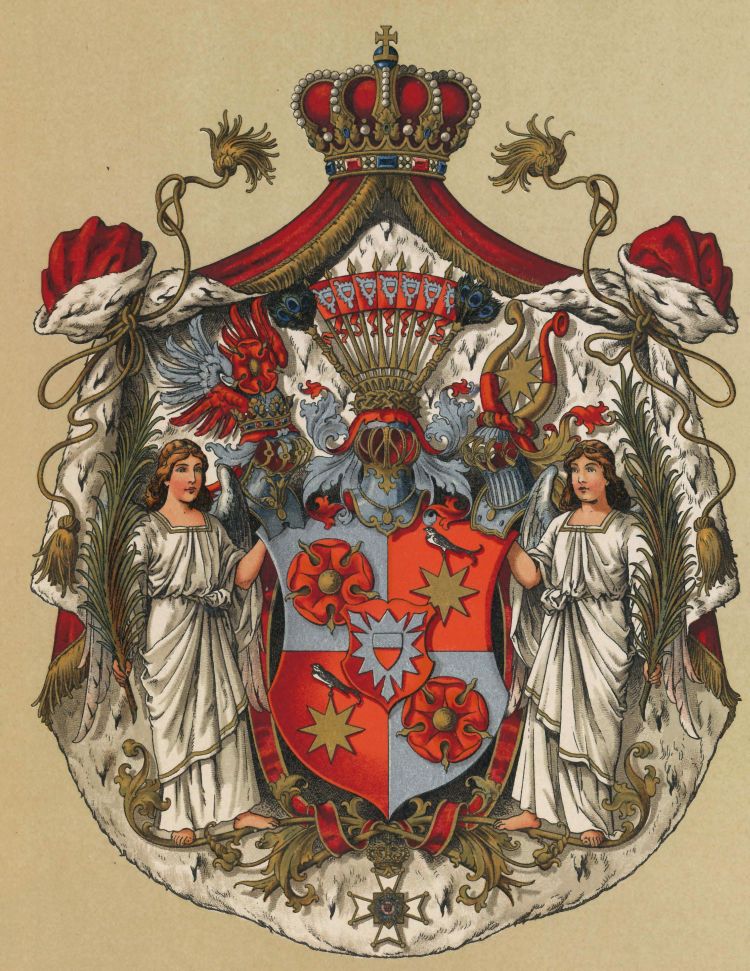 Schaumburg-Lippe was a principality in the center of present Germany. It existed from 1807-1918. From 1918-1933 it was a semi-independent Free State (Freistaat).

The arms above are the so-called large arms of the principality. The principality used several types of arms. From 1809-1904 the arms were identical to the arms above, except that instead of the crown, three helmets and crests were used.The arms show in the first and fourth quarter the historical rose of Lippe. The second and third quarter show the arms of the Schwalenberg family, the combination has been used by different branches of the Lippe dynasties since the 15th century. The escutcheon is the arms of Schaumburg. On the middle arms the helmets and crests of the three territories were not used (see image below). 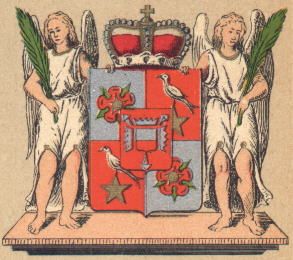 In addition to the great and middle arms, the principality used since 1904 also two different small arms. The first, type A, was identical to the middle arms, but without the supporters. The second, type B, showed only the arms of Schaumburg, but instead of the divided red/white shield a rose of Lippe was placed in the center.

The arms were used until 1918. The Free State used the arms as shown below : 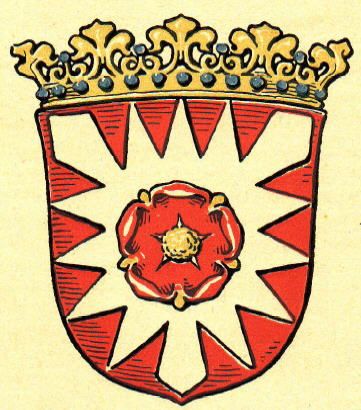