From Heraldry of the World
Your site history : Schwaben
Jump to navigation Jump to search 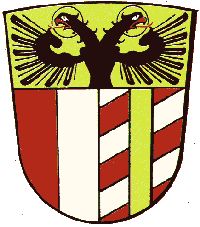 The eagle is the Imperial eagle and symbolises the former Imperial cities in the area. The lower right part shows the red and silver arms of the State of Augsburg, as a large part of the area belonged to Augsburg until 1803. The golden pale on the silver and red shield in the lower left part shows the arms of the County Burgau, one of the old territories in the area.

The former Kreis Schwaben, which existed until 1945 used different arms: 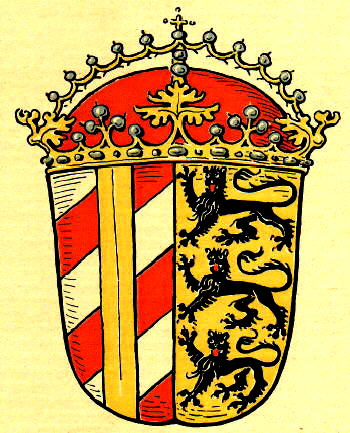 These arms combine the arms of Burgau, with the traditional arms of Schwaben. The latter were not taken into the new arms of the Bezirk, as the State of Baden-Württemberg also used the lions.