From Heraldry of the World
Your site history : Schwarzburg-Sondershausen
Jump to navigation Jump to search 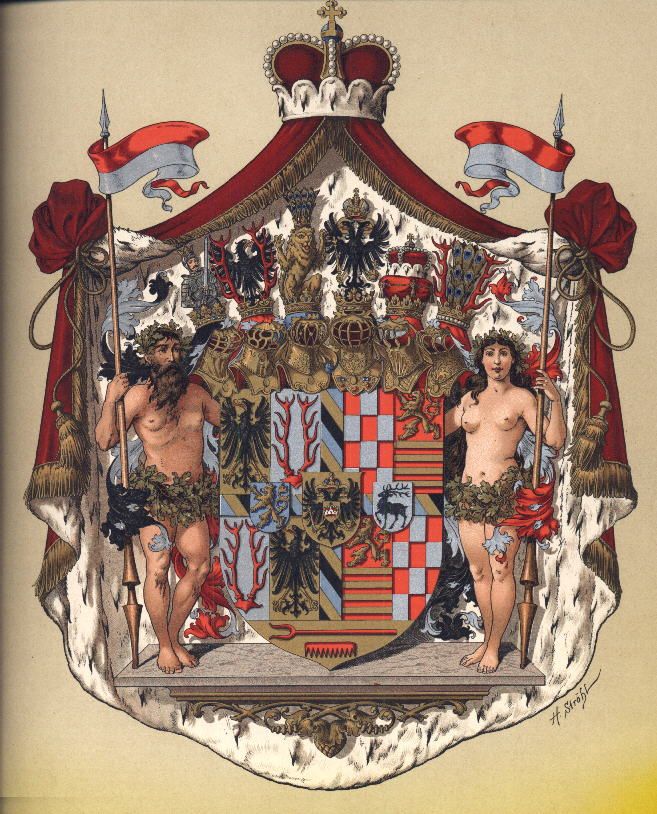 The arms are identical for the two principalities Schwarzburg-Sondershausen and S-Rudolstadt. The original county was divided into two counties in 1552. Both counts received the title of Prince (Reichsfürst) in 1697 and 1711 respectively. In 1909 the branch S-Sondershausen became extinct an the Prince of S-Rudolstadt became prince. From 1909-1918 the two states were ruled jointly. In 1918 both became Free States and were incorporated into Thüringen in 1920.

The arms show in the right half a quartered shield with in 1 and 4 the eagle of Sondershausen and in 2 and 3 the deer antler of the Lordship Arnstadt. The escutcheon shows the lion of Schwarzburg. The left half also shows a quartered shield, with 1 and 4 the chequered field of the county Hohenstein, and in 2 and 3 the lion and bars for the county Lutterberg. The escutcheon shows the deer of the Lordship Klettenberg.