From Heraldry of the World
Your site history : Scottish Rugby Union
Jump to navigation Jump to search 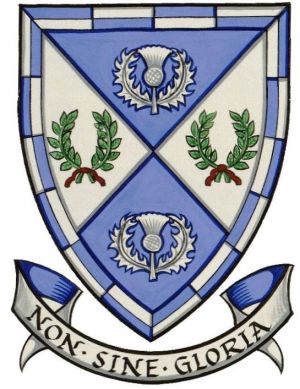 Arms : Per saltire Azure and Argent, in chief and in base a thistle slipped of the Second on in each flank a garland of laurel proper ribonned Murrey, all within a bordure counter-compony of the First and Second.
Motto: Non sine Gloria

If you have any information on these arms Rugby Union mail us !

Literature : Image from the Court of Lord Lyon Facebook