From Heraldry of the World
Your site history : Selwyn College (Cambridge University)
Jump to navigation Jump to search 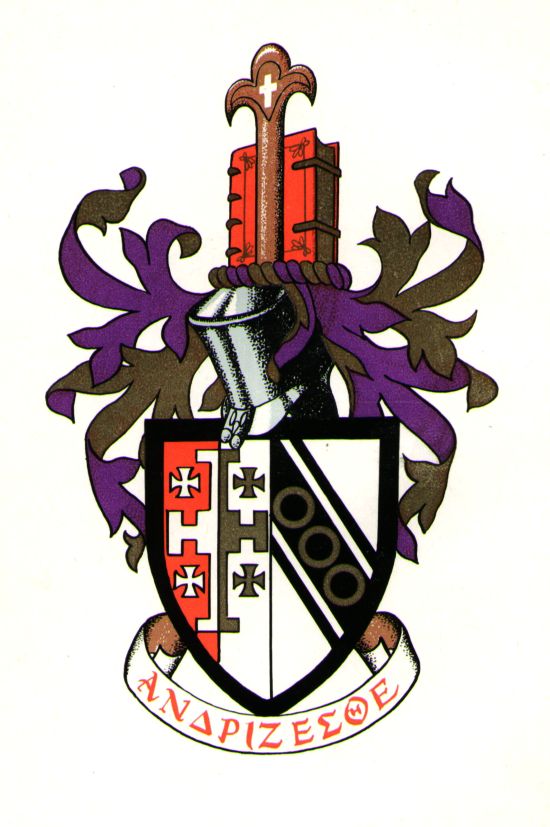 Arms : Per pale gules and argent, a cross potent quadrate [per pale] argent and Or between four crosses paty, those to the dexter argent, those to the sinister Or, for the See of Lich­ field, impaling Argent, on a bend cotised sable three annulets Or, for Selwyn; all within a bordure sable.
Crest: On a wreath Or and purpure, In front of a book erect, bound gules, edged, clasped and garnished Or, a representation of the pastoral staff of Bishop Selwyn
Motto: ANΔΡΙΖΕΣΘΕ

The arms were officially granted on December 3, 1964.

Selwyn College, founded by public subscription in 1882, was named after George Augustus Selwyn, Bishop of Lichfield, and uses his arms.