From Heraldry of the World
Your site history : Silcoates School
Jump to navigation Jump to search 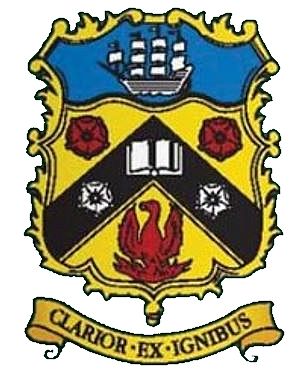 Arms: Or, on a chevron between in chief two roses and in base a phoenix gules, an open book between two roses argent; on a chief wavy azure a three­ masted sailing ship in full sail of the fourth.
Motto: Clarior ex ignibus

The arms were officially granted on December 1, 1924.