From Heraldry of the World
Your site history : Sir John Cass Red Coat School
Jump to navigation Jump to search 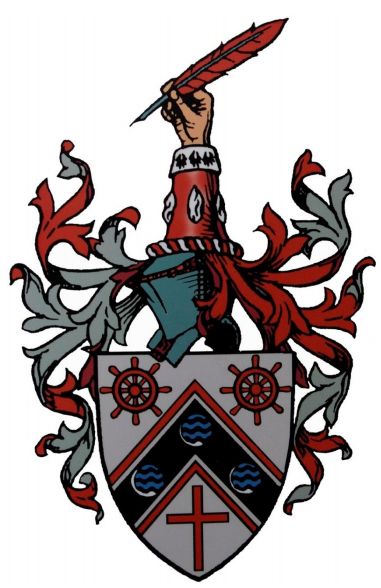 Arms: Argent, on a chevron sable cottised and between in chief two ship's helms and in base a passion cross gules, three fountains.
Crest: On a wreath argent and gules, A dexter cubit arm proper, vested gules purfled argent, cuffed ermine, the hand holding a quill pen in bend sinister gules.

The arms were officially granted on May 7, 1966 to the Governing Body of the Sir John Cass's Foundation and Red Coat Church of England Secondary School.

If you have any information on these arms John Cass Red Coat School mail us !