From Heraldry of the World
Your site history : Slavia Friulana
Jump to navigation Jump to search 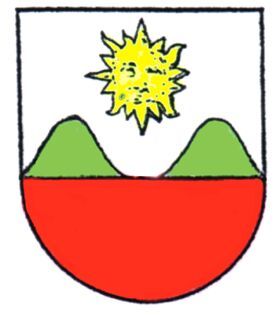 The north-eastern part of the province Friuli (Italy), i.e., the hiterland of the city of Cividale del Friuli, is a mountainous region in bordering the Friulian plain which extends toward the Adriatic Sea. The inhabitants of the region from time are speaking Slovenian. The Slovenian speaking region historically is named Schiavona, and later Slavia Veneta or Slavia Friulana (Beneška Slovenija, in Slovenian).

A region which in the history was separated from other Slovenian provinces, first under the Patriarchate of Aquileia (Friuli) and since 1420 AD, together with Friuli, under the Republic of Venice. When after 1500 AD the nearby Principality of Görz passed under the dominion of the Habsburgs and their empire (Austria), Schiavona got a very strategical position. As to assure the loyalty of its inhabitants, the Republic of Venice granted it a wide autonomy.

The coat of arms of Schiavona was until shortly not known. But it existed, and is to be found in the manuscript of Vincenzo Jacopi (1672 - 1726), kept in the library of Udine.

The upper half represents the mountains fo Schiavona with the rising sun, which are watched from the plains of Friuli and Veneto, which are shon in the lower half.