From Heraldry of the World
Your site history : Somaliland Security Corps, Italian Army
Jump to navigation Jump to search

History: The former Italian Somaliland was occupied by British Troops 1941-November 1949. Then the Country was returned to Italian Administration as a UN Trusteeship, which in 1960 was granted independence and united with the British Somaliland (wich also become independent in 1960). The Somaliland Security Troops was etablished by the Italians to defend the Territory, and disbanded in 1960. 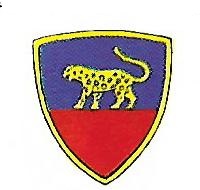 If you have any information on these arms Security Corps, Italian Army mail us !

Literature: Image from Army Badges and Insignia since 1945, Book One by Guido Rosignoli.