From Heraldry of the World
Your site history : South Eastern Electricity Board
Jump to navigation Jump to search 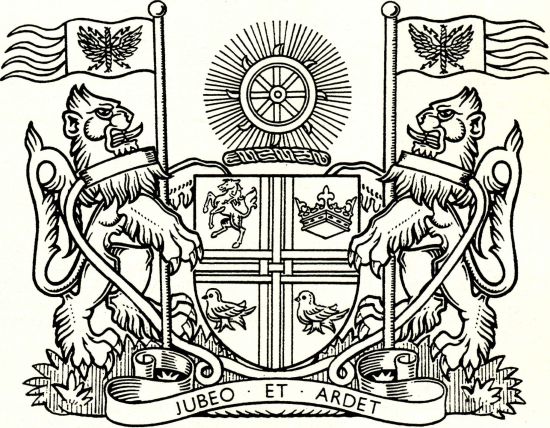 Arms : Quarterly gules and azure, a cross triparted and fretted Or between in the first quarter a horse rampant argent, in the second quarter a representa­tion of the crown of King Edgar of the third, and in the third and fourth quarters a martlet also of the third.
Crest: On a wreath of the colours, A Catherine Wheel rayonne Or.
Supporters: On either side a lion Or collared sable, each conjoined with a line also sable and supporting a flag- staff proper, flying therefrom a pennon sable of four points gules charged with a thunderbolt Or.
Motto: Jubeo et ardet

If you have any information on these arms Eastern Electricity Board mail us !