From Heraldry of the World
Your site history : St. George's College (University of Western Australia)
Jump to navigation Jump to search

College of the University of Western Australia 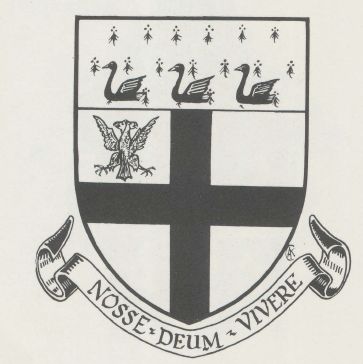 The Cross of St George is self-explanatory; the Black Swans are taken from the recorded Arms of the City of Perth within which the College is situated; the double-headed eagle from a recorded Hackett crest commemorates the fact that Sir Winthrop Hackett founded the College.

The motto is derived from the Latin original of the phrase 'In knowledge of whom standeth our eternal life', from the Second Collect at Morning Prayer.