From Heraldry of the World
Your site history : St. George's School (Edinburgh)
Jump to navigation Jump to search 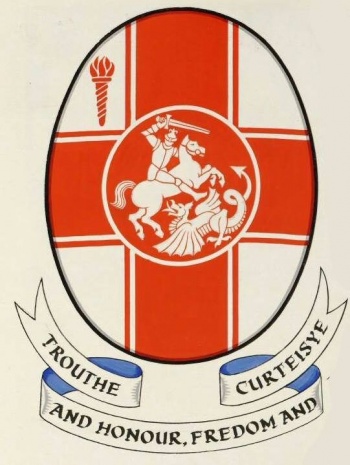 On a shield of oval form Argent, on a cross cotised Gules a torteau fimbriated Argent charged of the figure of St. George riding to the sinister and slaying a dragon of the First, in dexter chief a torch endlamed of the Second and in an Escrol below the same this Motto : TROUTHE AND HONOUR, FREEDOM AND CURTEISYE.

If you have any information on these arms George's School (Edinburgh) mail us !