From Heraldry of the World
Your site history : St. George's School (Vancouver)
Jump to navigation Jump to search 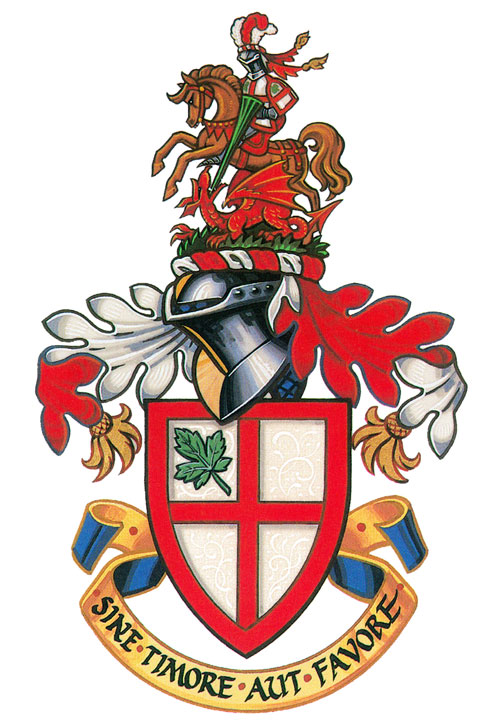 Arms : Argent a cross Gules, in the canton a maple leaf bendwise Vert all within a bordure Gules
Crest : Upon a grassy mount proper, the mounted figure of St. George vested of a tabard of the Arms and slaying a dragon proper
Motto: SINE TIMORE AUT FAVORE

The red cross on a white background is the traditional symbol of St. George. The maple leaf identifies the school as a Canadian institution.

The image of St. George represented as a knight slaying a dragon dates back to the Middle Ages.

The motto means “Without fear or favour”.