From Heraldry of the World
Your site history : St. Paul's college (Sydney)
Jump to navigation Jump to search

College of the University of Sydney 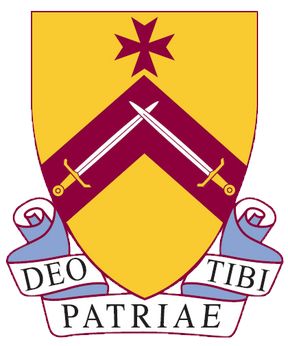 Arms : Or, on a Chevron Gules two Swords the points of the blades crossed in saltire Argent, hilts and pommels Gold, in chief a Maltese Cross also Gules.
Motto: 'Deo Patriae Tibi'

If you have any information on these arms Paul's college (Sydney) mail us !