From Heraldry of the World
Your site history : St. Peter's School (York)
Jump to navigation Jump to search 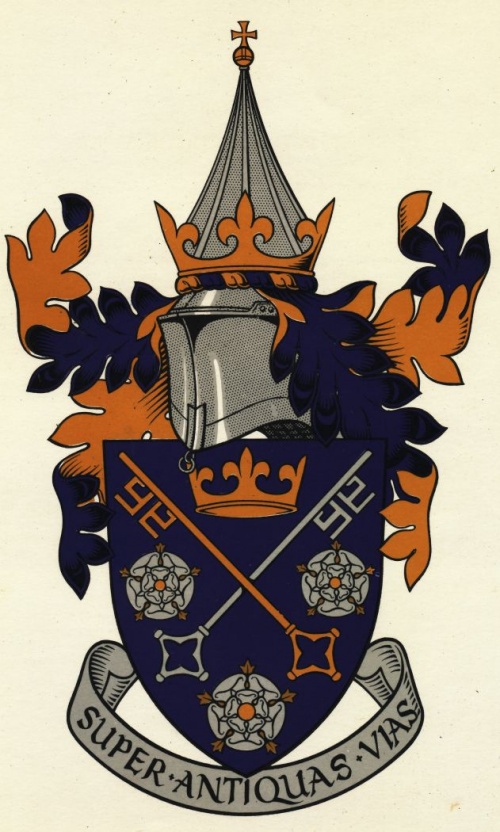 Azure, a key in bend, ward upwards, Or surmounting a like key in hend sinister argent, between in chief an ancient crown of the second and three double roses, two in fesse, and one in base, also argent, barbed and seeded proper.
Crest: On a wreath of the colours, An ancient tiara, the cap argent, the crown and mound gold.
Motto: Super antiquas vias

If this text appears, it means that I have not yet had the time to add the information on these arms. Just Peter's School (York) mail me and I will add all information that I have !