From Heraldry of the World
Your site history : St Aidan's College (Durham University)
Jump to navigation Jump to search 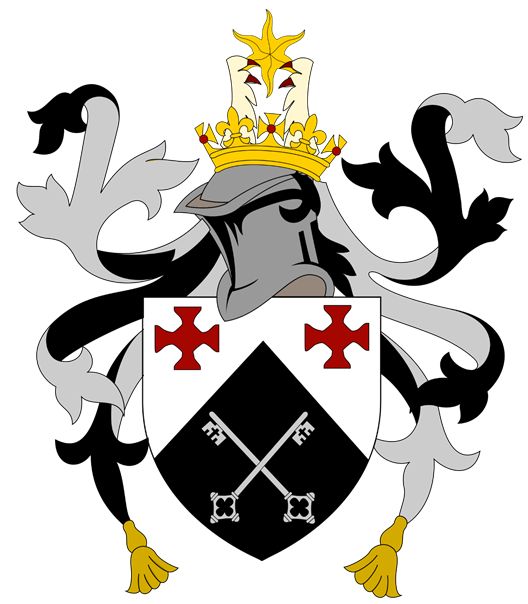 Arms: Per chevron argent and sable, in chief two ancient Northumbrian crosses gules, in base two keys in saltire, wards upwards, of the first.
Crest: Out of an ancient crown Or, two lions' gambs argent, armed gules, the paws grasping an estoile Or.
Motto: Super fundamentis certis

If you have any information on these arms Aidan's College (Durham University) mail us !