From Heraldry of the World
Your site history : St Bartholomew's Hospital
Jump to navigation Jump to search 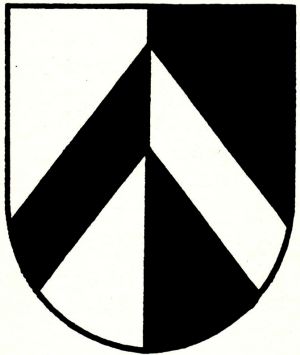 Per pale argent and sable, a chevron counterchanged.

William Wakering was Master of the Hospital from 1423 to 1462 and used these Arms. It would appear that they were not granted to Wakering or his family nor were they granted to the hospital.

Wakering was Master for a long period and his arms became identified with the hospital and continued to be used long after his death. Presumably because of their continued use from the early 15th century this established a right to them.

They appear as the Arms of the hospital in a 16th century Roll of Arms at the College of Arms.