From Heraldry of the World
Your site history : St Catharine's College (Cambridge University)
Jump to navigation Jump to search 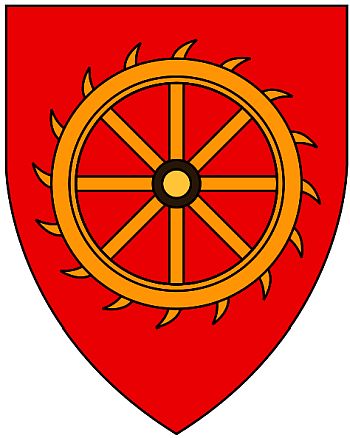 Gules, a Catherine wheel Or.

St. Catherine's College, founded in 1473, by Robert Woodlarke, Provost of King's College. The wheel is the symbol of St. Catherine.

The college has sometimes been credited with Woodlarke's arms : per pale indented azure and gules, in chief a fleur-de-lis and in base a lion passant gardant both gold; and the Catharine wheel has been either impaled with this coat or placed above it as a crest. At the Visitation of 1684 the wheel alone was recorded as the arms of the college.