From Heraldry of the World
Your site history : St Edmund Hall (Oxford University)
Jump to navigation Jump to search 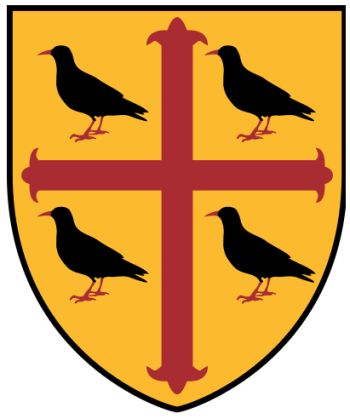 Or, a cross patonce between four sea-pies sable, winged argent.

The founder of this Hall is supposed to have been Edward of Abingdon, who was Archbishop of Canterbury from 1233 to 1210. The arms used by the College are those attributed to the Archbishop. The birds are variously referred to as sea-pies, oyster-catchers or Cornish choughs.