From Heraldry of the World
Your site history : St John's College (Durham University)
Jump to navigation Jump to search 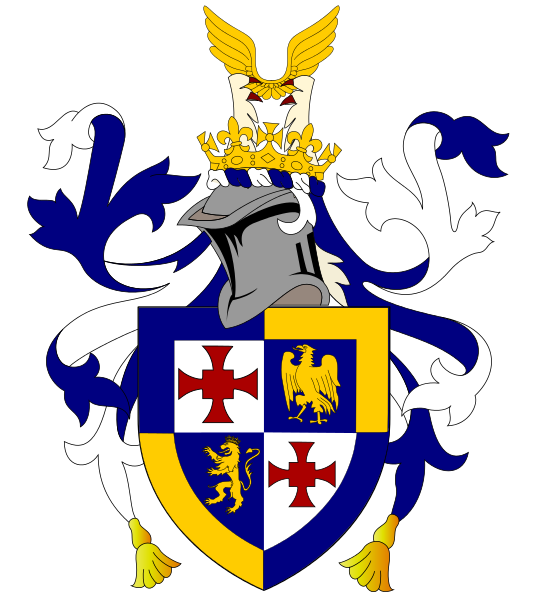 Arms: Quarterly argent and azure, in the first and fourth a cross formy quadrate gules, in the second·an eagle wings elevated and inverted Or, in the third a lion rampant crowned with an ancient crown of the last; all within a bordure quarterly of the second and gold.
Crest: Out of an ancient crown Or, two lions' gambs argent, armed gules, the paws grasping a pair of wings conjoined in base gold. Mantled azure, doubled Or.
Motto: Fides nostra victoria

If you have any information on these arms John's College (Durham University) mail us !